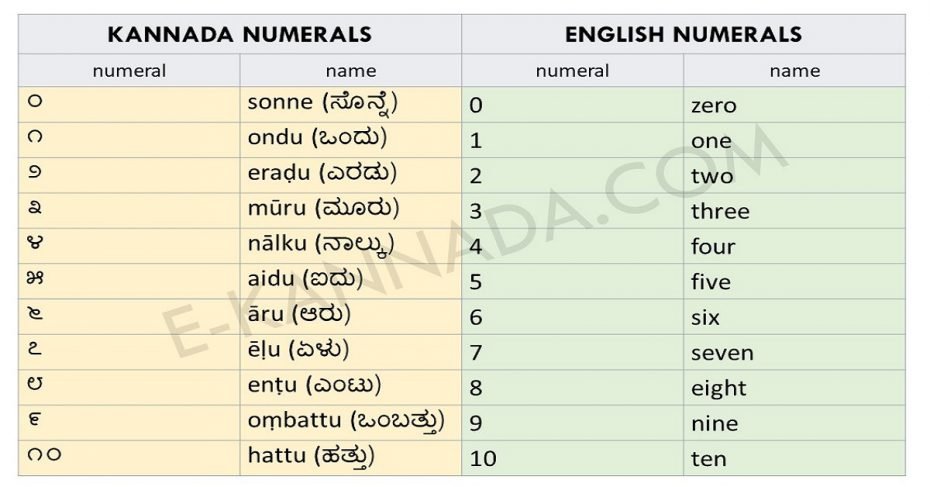 Kannada numbers table to learn how to count in Kannada (ಕನ್ನಡ) language. Kannada is primarily spoken in Karnataka state of India. Table has Kannada numbers in words and their corresponding ordinal form.

1 to 10 Kannada numbers along with their English translation.

ನಮ್ಮ ಬಗ್ಗೆ » About us

e-Kannada is an online resource to learn Kannada and understand more about state of Karnataka, India. Portal “e-kannada.com” is not associated with any organizations, it is run for the love of Kannada and Karnataka.